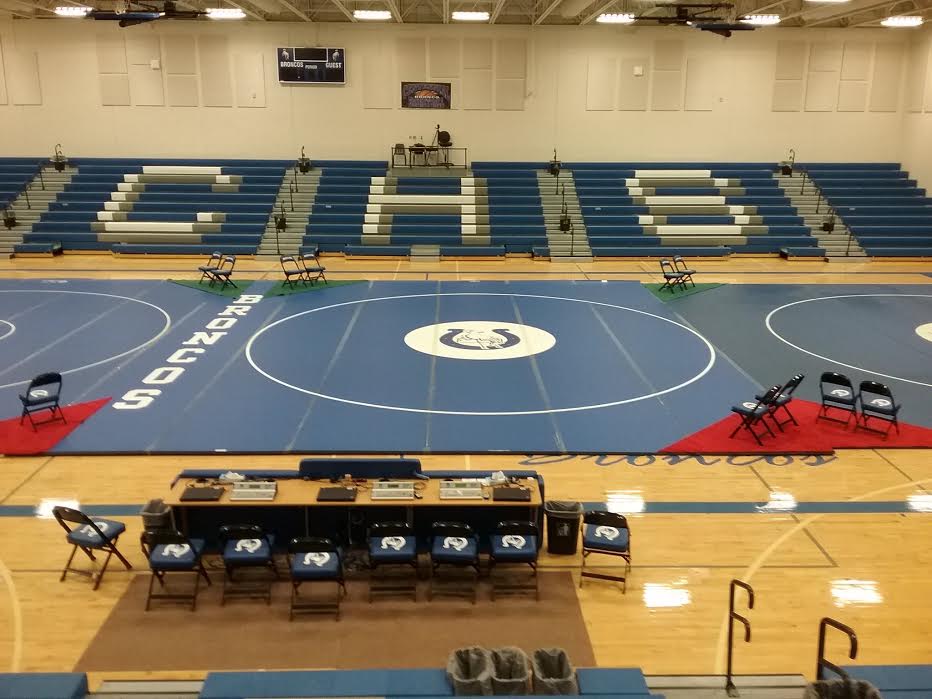 Should be an exciting team race featuring three teams that have been having tournament success all season long. Although Battle Creek may not have as many projected qualifiers, they have the top end firepower to push them to a district title. Aquinas probably holds the slight edge for runner-up honors. They wrestled a very difficult schedule and almost always push some unexpected wrestlers through to state. Wilber-Clatonia probably will not be far behind, but only have one projected champion and will need to push everyone through to keep pace. Host team Centennial could make a push toward the top three with a good tournament. The lightest four weights in the district will all have great battles and will go a long way toward deciding the team race.

106:
Zitek and Schoepf haven’t met this season, nor is there a common opponent to differentiate the two in seeding. Looks like Zitek has the better record so he’ll likely be the top seed. Schoepf has head to head wins over Patak and Albrecht. Zitek, Schoepf, Patak and Albrecht all have head to head wins over Schluckebier, some of which were close matches. This weight looks like five wrestlers vying for four spots.

113:
The only weight at C2 with three ranked wrestlers in it. Top ranked McCracken will be heavily favored in the finals against the winner of the Paczosa and Scott semifinal. Paczosa defeated Scott earlier this season. Looks like three wrestlers vying for the fourth spot in this district, barring any upsets. Payne and Stauffer have split matches.

120:
Lots of tough wrestlers at this weight and a few will not be making the trip to Omaha. Lade will be top seed. Lokken and Eggleston have split matches this year, with both matches resulting in pins. Both Lokken and Eggleston have wins over Schernikau and Zegers has splits matches with him. Zegers has two convincing wins over Lokken, but has been beaten by Eggleston. Hansen and Shonka shouldn’t be overlooked at his weight either. Definitely one of the deepest weights of the district. Should be some fireworks in the quarterfinals and heartbreak round.

126:
Top ranked Kersten has common opponent over #5 Wehrer. Wehrer and Smydra both have beaten Scdoris head to head. Scdoris has beaten Dybdal head to head. Dybdal and Smydra have split matches this year. It’s likely that Scdoris will be the fourth seed and Dybdal fifth, which will make for a great quarterfinal matchup.

132:
Copley looks like the top seed. Trowbridge has a head to head win over Redler. Redler has a common opponent over Trautman which should be enough to get him the third seed for a rematch against Trowbridge in the semifinals.

138:
It’s very rare that you see a district weight this wide open. Eller has a losing record and has split time with Helgoth throughout the season so it’s not even certain who will take the mat for Aquinas. Karpov has a common opponent over Odvody. Seymour has a win over VanPelt as does Eller. It doesn’t look like many 132’s will be bumping up a weight. Will have to keep an eye on if any 145’s drop down this weekend.

145:
Heimes has shown throughout the year that he’s a state title contender. Albrecht has beaten Avery head to head, and Avery has two wins over Lovan. Avery has a common opponent over Sauceda from St. Cecilia. Sauceda and Lovan should be one of the better quarterfinal matches of the district if the seeds hold and if Sauceda decides to compete at 145.

152:
Bates has remained undefeated throughout the season. He knows how to win the close matches and should be the favorite to win the district. Returning medalist Heller hasn’t lost to a class C opponent this season. Bentley has a head to head win over Hinrichs. It wouldn’t be a surprise if Sauceda ends up back at 152 since pinned Hinrichs earlier in the year. Kment from Aquinas also has a win over Hinrichs this season, but he’s split time with Kindler and may not be the varsity wrestler for districts.

160:
State champion Petree will be the overwhelming favorite out of C2. Thompson has a head to head win over Lenners. Lenners recently beat returning qualifier Motis in a one-point match. Kment from Stanton has common opponent over Lenners. Have been watching Battle Creek’s lineup all year to see if Weston Johnson will wrestle. He would likely factor in at 160 or 170 if he competes.

170:
Tough weight here with a very talented wrestler likely on the outside looking in. Coufal and Borgmann have common opponent over Pomajzl. Pomajzl has head to head over both Sharp and Nantkes by convincing margins. With the lack of depth at 182, look for someone at this weight to jump up and qualify there.

182:
Another interesting weight. Reimers is heavily favored to win the district. At this point Hawthorne appears to be equally of a heavy favorite to make the finals. Pretty much a waiting game to see who jumps up from 170 or perhaps drops down from 195.

195:
Marx has a head to head win over Cast. Cast has beaten Motis and has common opponent over Wisnieski. Kocian should be in the hunt for a district title. Wisnieski has been a bit under the radar this year, but has wins over state qualifiers and other impressive results this season. Should be a dogfight for
fourth place.

220:
The top four at this weight seem to stand apart from a field that features several others around .500. No real favorite here either. Simmons has the best record and has only two in-state losses. Bauers has several quality wins on the season. Bailey has had a limited number of matches. Buresh has wrestled a
super difficult schedule which should have him prepared for the district tournament.

285:
Moses has head to head wins over both Bender and Goracke. Bender has wins over both Goracke and Thompson. Thompson has beaten Silva twice in recent weeks. Based on this season’s results Moses stands out as the favorite, but it was Silva who knocked Moses out of last year’s state tournament. You really can’t discount any of the top five wrestlers at this weight.