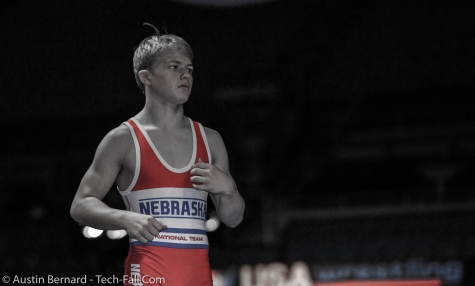 Fargo Finalist and incoming freshman Conor Knopick is listed as No. 34 on FLO’s Top 50 Freshman List that was released last week.

Along with finishing as the Cadet Greco National Runner-Up in Fargo, Knopick owns two technical fall victories over Iowa’s Caleb Rathjen. Knopick picked up the wins at Northern Plains in the Freestyle division at 106lbs. Rathjen went on to place 7th at Fargo in Cadet Freestyle at 106lbs, and is No. 18 on this list.

Knopick spent time overseas this spring and finished in the top 5 in tournaments in both Croatia and Serbia. Here’s some of his other notable performances: