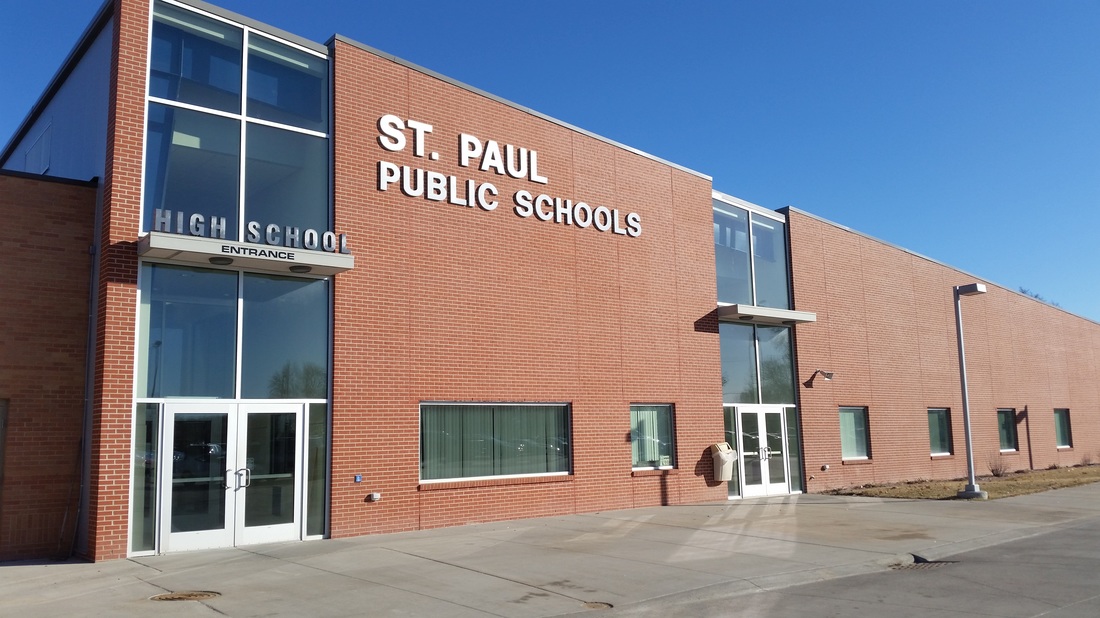 #3 Syracuse and #10 North Bend Central should do battle for the team title. Syracuse has wrestled an extremely difficult schedule and should be well prepared for a district title run. North Bend has won several tournaments throughout the year even without returning medalist Hines in the lineup. They have the depth to keep up with Syracuse and the team race may come down to those wrestlers that are on the verge of qualifying for state pushing themselves through to a medal. It looks like a pretty clear cut race between these two teams. Sutton has a very solid team as well and will need to wrestle their best to keep pace and perhaps grab a spot in the state duals. 160 will have a potential #1 vs #2 finals matchup. Other highlight weights include 132 which has three ranked wrestlers and 113/285 which both have two in the top six with others that have been ranked or are very close to the top six. 138 has the most depth as there are nearly 10 wrestlers in the mix to qualify.

106:
#3 Ryan Zoucha has yet to lose to a class C wrestler since making the move to 106 in January. He owns a head to head win over Witt from North Bend. Milford’s Ethan Zegers will man this weight after battling teammate Scdoris throughout the year for the spot. Zegers has common opponent over Witt. Bridgmon of Syracuse could very well wind up in the #4 spot even with a losing record. He has a head to head win over Parsons of Conestoga. Bykerk from Norfolk Catholic should also be in the mix here. The fourth spot is basically up for grabs, but Bridgmon has wrestled the toughest schedule up to this point.

113:
#3 Schram from Tekamah-Herman has a recent victory by fall over #4 Carlson of Sutton, so he will likely be the top seed. Paczosa from St. Paul has spent much of the season in the rankings and does have a close match with Carlson this year. Lampman of Wisner-Pilger has split matches with Classen from Norfolk Catholic with Lampman taking the more recent of the two meetings. Paczosa owns common opponent over both Classen and Lampman. This is an extremely tough weight with at least six wrestlers capable of qualifying.

120:
#6 Bridgmon from Syracuse has only 1 loss to a class C opponent this year as Syracuse wrestles a class B heavy schedule. He owns a head to head win over Carlson from Sutton. Smydra from Norfolk Catholic has a common opponent over Carlson. Keep an eye on Cody Elliott, who has wrestled a very difficult schedule, but has a 1-point match with Smydra earlier this season.

126:
No ranked wrestlers here, but it should still be an interesting weight as to who will qualify. Pester from Syracuse looks like he could possibly be the top seed her as he owns head to head wins over Hogue from Conestoga and Carlson from Sutton. Hawkins from Tekamah-Herman does have a head to head over Carlson. Price has common opponent over Carlson as well. On paper, this weight looks to be five wrestlers fighting for four spots.

132:
What 126 was missing with ranked wrestlers, 132 more than makes up for. Hughes from Syracuse is favored to win this district on his quest for a third state title. Heng from Norfolk Catholic and Yawn from Pierce have split matches this year and will likely meet again once more before districts. It’s also possible they could square off in the district semifinals as well. Heng and Yawn both have common opponent over Ray from North Bend. Ray does appear to be the fourth seed here, but there are a number of wrestlers capable of qualifying. Copley from Milford has an OT loss to Heng this year, but hasn’t quite broken through with a quality win and has a loss to Stone from Sutton and has split with Nordmeyer from Malcolm from within the district. Wilhelm from HTRS and Essex from Louisville have both enjoyed quality seasons, but will likely have to pull off a minor upset to qualify.

138:
By far the most difficult weight in this district to project qualifiers from. There are nearly ten wrestlers capable of qualifying out of this district. #4 Elliott from Tekamah-Herman leads the way here. He does have a head to head major decision over returning medalist Stone from Sutton. There are so many quality wrestlers here it looks like at least seven are capable of qualifying. Strauss from North Bend has common over Fisher from Conestoga. Fisher has split with Montenegro from Madison and has beaten Seymour from Norfolk Catholic head to head. Jones from Louisville is down from 152 and has head to head on Fisher. At least six wrestlers in the running to snag the fourth spot. It wouldn’t be surprising to see some early round upsets.

145:
#4 Pope from Syracuse is a favorite here as he owns two wins over #5 ranked Warner from Louisville. Hupp from Norfolk Catholic made it down to 145 after the holiday break and will be a tough semifinal matchup most likely against Warner. He owns a close 7-5 win over Richard of Conestoga. After the top three once again, there appears to be a battle for the fourth spot. Zoucha from Malcolm has a head to head win over Wardman from North Bend and has split with Greiss from Sutton. Richard has common opponent over Wardman. This could prove to be a big weight in the team race.

152:
Another tough weight to predict. Westerman gets the nod here as he has the best resume this season highlights by a win over D#1 Kulhanek from Howells-Dodge. Kleinschmidt from Sutton has seen limited action this year, and has a recent loss to Braniff from Tekamah-Herman who has been JV for some of the season. Returning qualifier Burr of Syracuse has head to head over Knott from Louisville. Knott should outseed Kleinschmidt based on the common opponent in Braniff. Stewart from Malcolm has a win over Braniff as well and also has an OT loss to Westerman and may be a darkhorse here based on his record. Haskell from Madison owns a win over Moen from Norfolk Catholic. This is a weight where it could be wrestled ten times with a different result every time. There are at least seven wrestlers who could potentially be making the trip to Omaha.

160:
Returning state champion #1 Borer from North Bend has had very few matches go the distance this year. In those that have, he’s only had one wrestler get to two points scored against him. 2nd ranked McWilliams will likely have his first crack against Borer in the district finals and possibly again the following week in Omaha. Novak from HTRS has a ton of matches and some good wins this year. There are a few puzzling results, but due to the lack of depth at this weight those shouldn’t affect him much as far as seeding goes. Look for one or more of the wrestlers at 152 to bump up and give it a go at 160. Moore from Tekamah looks to be the fourth seed here, but he has been out of the lineup the last few weekends.

170:
#6 Mueller from North Bend and VonSeggern from Wisner-Pilger have split matches this year, with Mueller twice besting VonSeggern in OT and losing once by fall. All signs point towards them meeting again in the district finals. Metzler from Tekamah-Herman has an 11-9 recent loss to Mueller and the rest of his losses are against high quality opponents. Jones from Louisville has two razor thin victories over Tesarek from Conestoga. Snyder from Syracuse is a tough puzzle to put together as he has some good wins and some head-scratching losses. He also has some close match results to some very tough opponents, and based on those results he could snag that fourth spot.

182:
Although there are no ranked wrestlers here, there are five very tough wrestlers vying for four spots. All of these five certainly have good enough resumes to be in medal contention at the state tournament. It wouldn’t be shocking to see one of them bump up to 195. Fousek from St. Paul has head to head over Peterson from Sutton. Peterson has head to head over Deinert from Malcolm. Deinert has head to head over Fuchs from Pierce. Fuchs has split with Ray from North Bend. These five wrestlers all appear to be fairly evenly matched so it could come down to whose style matches up best. Essentially, they are projected to place in the order they’ll likely be seeded.

195:
This weight appears to be up for grabs. Dillon from Palmyra has common opponent over Kocian from St. Paul. Booze from North Bend has head to head over both Braniff of Tekamah-Herman and Vallery from Conestoga. The wildcard at this weight is Jensen from Syracuse who has just hit the mat in the last few weeks and has four losses between two tough class B wrestlers. He has common opponent over Valley and should be a factor here. Once again, there is a very real possibility one of the wrestlers from 182 bumps up to this weight.

220:
Another weight without any ranked wrestlers that appears to be a fairly even playing field. Henry from Wisner-Pilger has a common opponent over Dickey from Louisville. Henry’s results would indicate he’s capable of winning big matches, but he does have a few puzzling losses sprinkled in as well. One of those losses was to Braniff from Tekamah-Herman who bumped from 195 to 220. Dickey has head to head over Jung from Palmyra. Jung started the year at 195, but has been at 220 since the holiday break. Very difficult weight to find a fourth wrestler. If Braniff jumps up to this weight, he might have the top seed based on his win over Henry.

285:
It’s unlikely you’ll see anyone moving up to this weight as it is one of the toughest in the district. Lefferdink from Syracuse just moved up to the top spot in the rankings and will be tough to unseat. He owns wins over Giles from Conestoga and Shumaker from Louisville. Cantu from Norfolk Catholic has burst onto the scene the second half of this season. Cantu’s only loss came in OT to undefeated 3rd ranked Miller from Cross County, so he’s shown that he’s capable of hanging with the top wrestlers at this weight. He does have wins over Giles and Hansen from North Bend. Shumaker has a head to head win over Giles and Giles has common opponents over Hansen. Keyes from Wisner-Pilger hasn’t wrestled much this season, he was defeated by Giles, but he does have common opponent over Hansen. Silva from Madison has only three matches under his belt, but he has won them all. The top four seem pretty clear at this time.