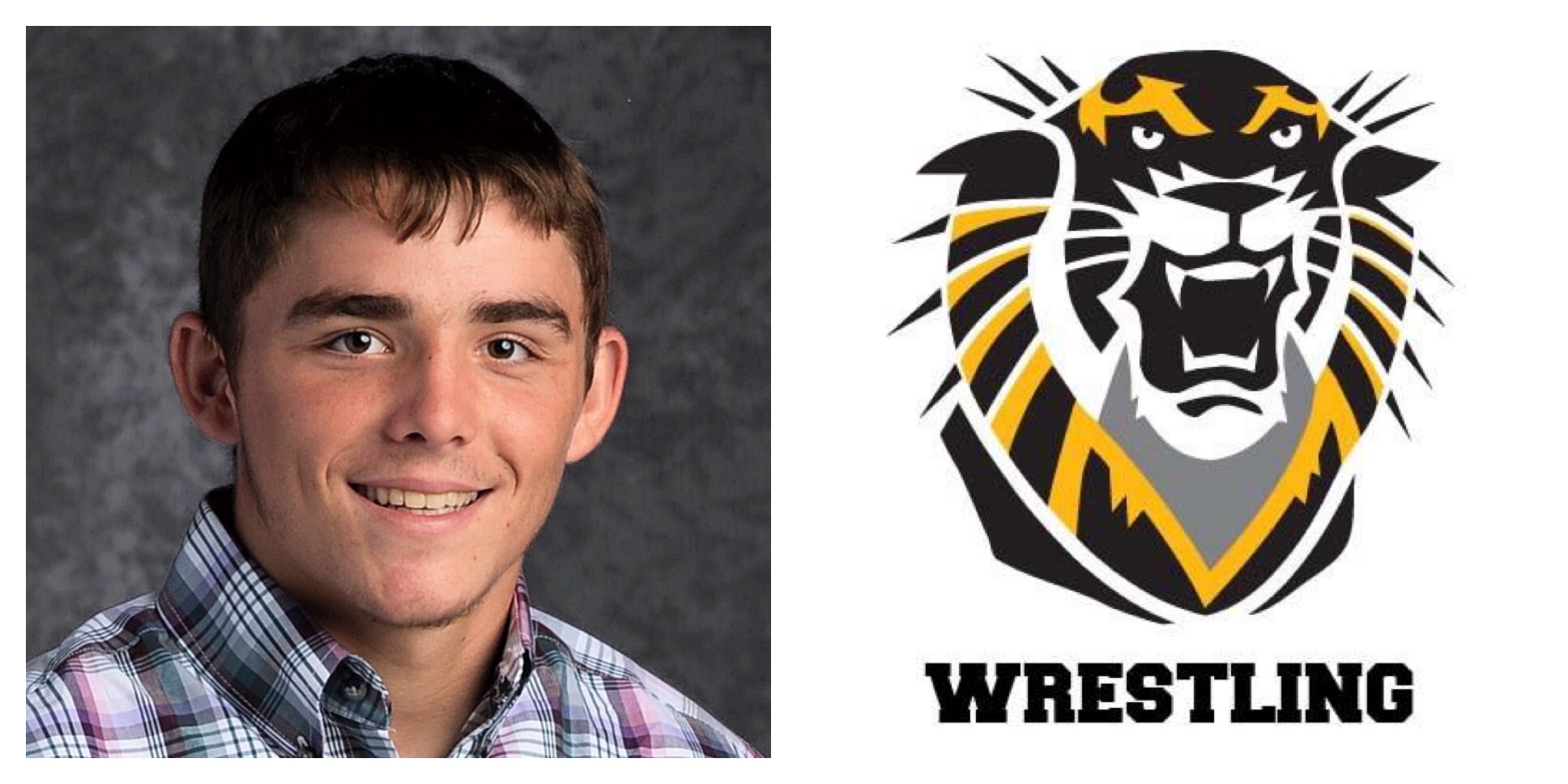 NE Wrestle: Congratulations on making your college decision! What were the deciding factors that led you to choose Fort Hays State University to continue your wrestling career?
Brody Lewis: Last spring, Coach Chas Thompson showed some interest in me. I went down on a visit, toured the campus, and met with Coach Thompson. I really liked the campus and I felt like I could see myself there for three or four years. I had been in touch with Coach Thompson for about a month, then last month I went back down to Fort Hays to talk him. He offered me a scholarship and asked if I was interested in signing during the early signing period. I stayed for their Black and Gold Scrimmage, and I got to meet a couple of the kids. Fort Hays has the academic program that I was looking to for, so I had to make a decision and I decided to sign early.

You went from losing in the blood round as a freshman, to winning a state title as a sophomore and as a junior. What changes did you make that allowed you to make that jump?

I remember sitting in the stands Freshman year, after my last loss, and I had a hard time sitting there watching kids that I had beat in the past place at state. I made up my mind that year that my sophomore year I would be on that podium. My freshman year I let the atmosphere and the thought of “The State Tournament” get in my head. After the season, I realized that state is just another tournament with another match to wrestle. The last two years I have wrestled like it was just another tournament to wrestle. That keeps me calm before and during the match. That is one reason the after I won my two titles, I have not had big celebrations. In my head, it was just another match I was wrestling. That is my mentality at state.

What are some of the challenges you have faced so far in your high school career?
One big obstacle I have faced, is scoring points. My style of wrestling is conservative. I have a hard time opening up and wrestling to score points. That is something Coach Hoffman has preached to me constantly. I can open up; I just do not seem to. Another challenge I have faced, is being able to settle down in big matches. I have been wrestling long enough to know when I am going to have a big match. When big matches come my way, I tend to hype myself up too much. I have to just keep telling myself that “all it is, is just one more match”.

When you began your freshman season, did you have goals to win more than one high school state championship?
Growing up, I wrestled in some national tournaments. I was hoping to qualify for state my freshman year. I tend to downplay my abilities, so I always thought that I would be lucky to win one maybe. I was just hoping to place in the top three junior and senior year. I never did think I was talented enough to win state more than once. I was always just hoping to win one.

You have an opportunity to win your third state title this season. What do you need to focus on this season in order to do that?
My focus this year is to loosen up my wrestling and just have some fun. I can obviously wrestle with good competition. For me, diet is a big thing. Getting my weight stabilized early will be crucial. I try not to be over any more than five or six pounds on Monday and within one or two by Wednesday. The more I can eat the later in the week, the better I wrestle.

What are your goals for your senior wrestling season?
1. Loosen up my wrestling. I need to learn how to wrestle with all of the moves I know. I want to be able to open up my wrestling and just take what is given to me, no matter if it puts me out of position a little bit.
2. Obviously another goal is to get that third state title.
3. My goal is to have at least three takedowns in every match I have this year.

Is there anyone you’d like to thank?
I would like to start by thanking my parents, siblings, and the rest of my family for all the time, money, and support they have given me for my wrestling. They always supported me in all of my wrestling. My dad was my biggest fan and critic. He had me out on the mat as soon as I could walk. Being a former coach, he gave me all the help he could and never gave up on me. After last year, he told me he was proud of me, that is one thing I will never forget. I cannot thank my family enough for their support. I would also like to thank my coaches, Ryan Hoffman and Simon James, and all the teammates I have had in the past years. Every day in practice they all push me to my limit. They are the real reason I have had such great success. I would like to thank all of our fans for supporting our wrestling team. Franklin Flyer fans are the best in the stands.

One thought on “Brody Lewis Commits to Fort Hays State”