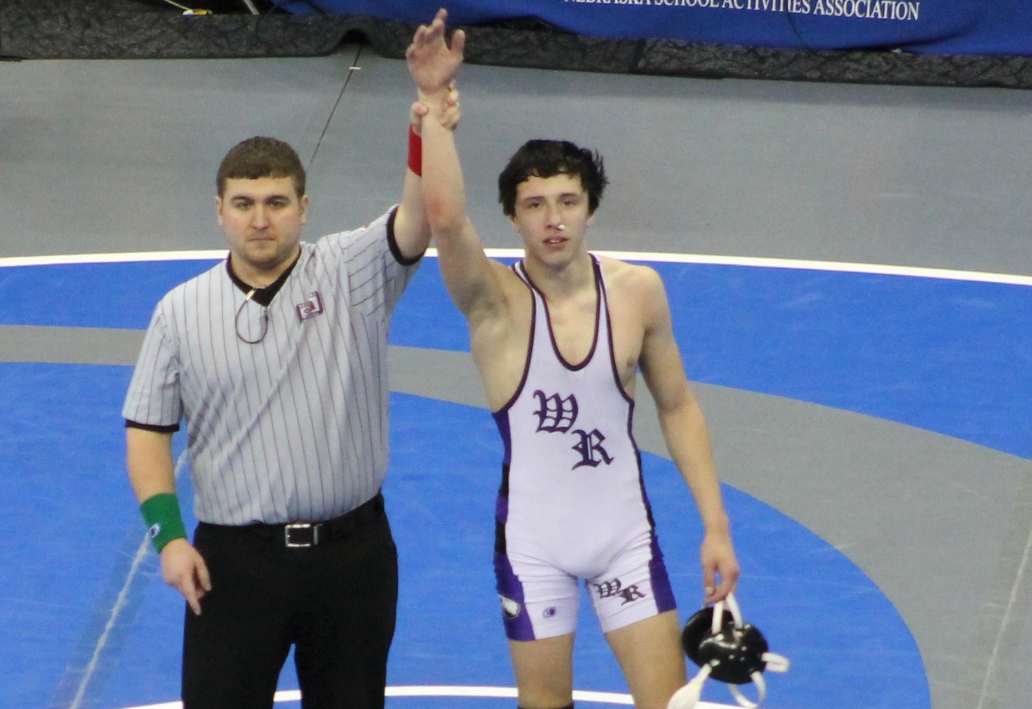 After losing in the blood round of the State tournament in 2015, you made the podium with a 5th place finish at 126lbs in 2016. How did you feel about your season and your performance at State?

I felt I had a pretty good season, but I do feel all my losses could have been turned into wins if I had wrestled better. My performance at state was a little disappointing, at least that’s how I felt. Fifth is not a bad finish, but I am still striving to win it all.

What helped you get over that hump to make the podium?

You’ve competed at multiple regional tournaments as well as Fargo since the high school season ended. What did you learn about yourself over the summer, and what areas did you improve in?

I learned that getting better isn’t always about wins and losses. This summer was definitely very bumpy as far as a competition standpoint, but I feel I improved in every area of my wrestling.

Last season, Wood River hosted Minden in a unique dual where you competed on your school’s auditorium stage with a spotlight. What was it like wrestling in that atmosphere?

It was certainly unique. I’d never really wrestled in that sort of environment before, but I didn’t treat it any different than any other match.

Your teammate Evan Waddington was the 113lb Class C State Runner-Up. What has it been like training and competing with him?

Evan and I have been going at it out on the wrestling mat since we were very little. So to me training and competing with him is just something I have done my whole life. I know he and I will both have similar goals this year.

Starting your senior season, are there any colleges you are currently looking into?

I have looked at a few different colleges to wrestle and pursue a degree in either business administration with an emphasis on computer science or computer science, but I do not feel I have narrowed it down to any in particular yet.

What are your goals for this season?

My goal this season is to be a state champ. It’s something I have dreamed about for years now, and I fully intend to finally achieve it.

Not that I can think of, I just look forward to seeing what this season has in store for me.