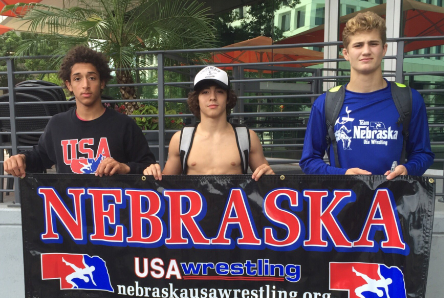 A pair of Nebraska wrestlers each showed up in The Open Mat’s (TOM) first set of high school rankings for the 2016-17 season. The first being Joey Harrison at 113 pounds and the second being Billy Higgins at 152.

Harrison showed up at #16 on TOM’s list after a strong showing at Fargo that led to him reaching the finals of Junior Greco-Roman nationals. Hailing from powerhouse Omaha Burke Harrison completed his junior season with an undefeated record and the 106 pound state title.

Higgins of Skutt Catholic came in at #17 in the national rankings after a fourth place finish at Junior Greco-Roman nationals. In his third place bout he lost to fellow statesmen Zuema Baptista. Like Harrison, Higgins wrestles for one of Nebraska’s premiere high school programs in Omaha’s Skutt Catholic. Higgins was runner-up this past season at Skutt Catholic.