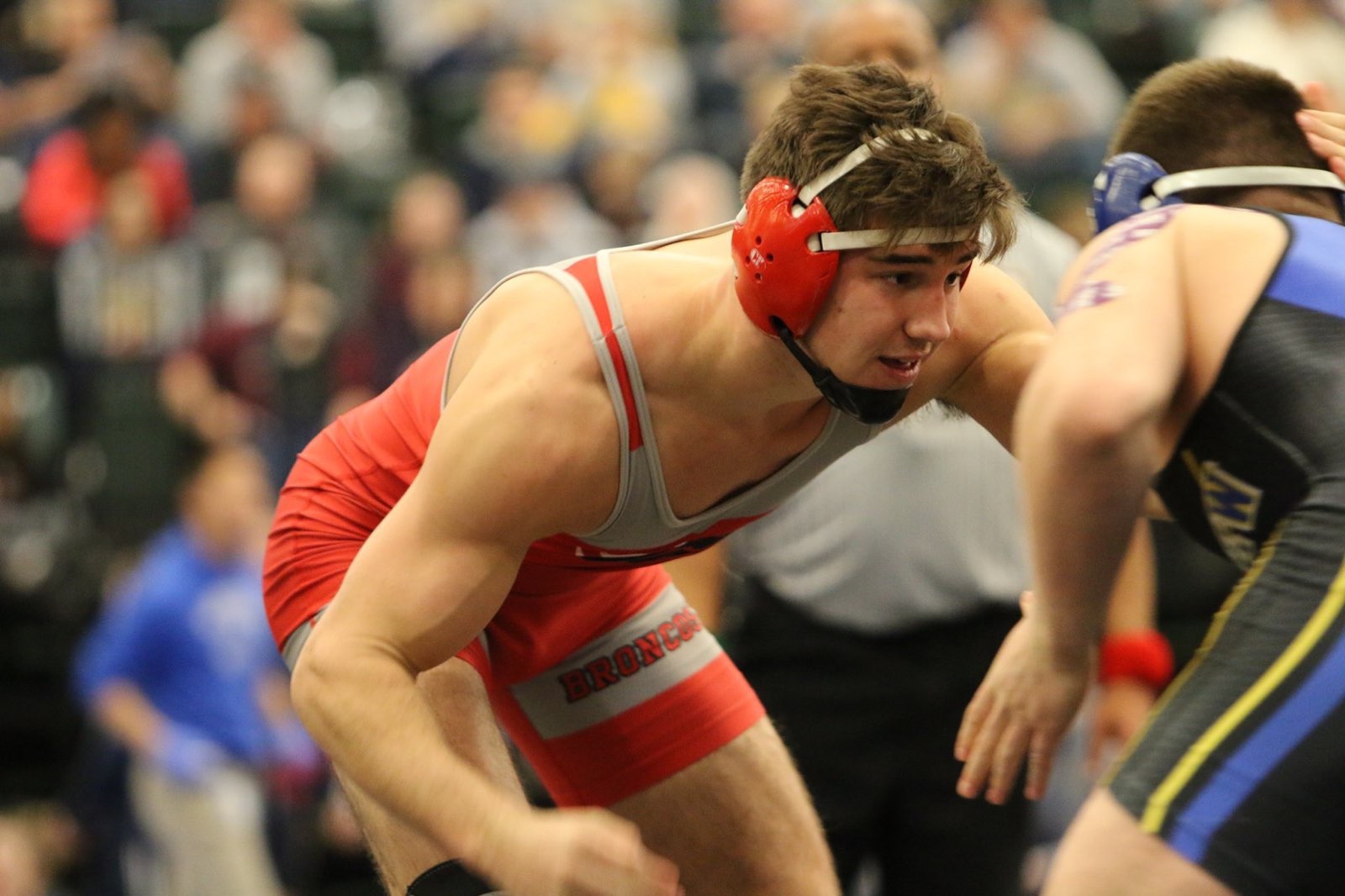 “I am excited to get to prove myself one last time to the state of Nebraska! Excited for one last time with my brothers. It has been a great four years and I am ready to wrestle one match at a time in this tournament.”
-Grady Griess (Northwest)

“For it being my first year, I did not expect this year that I am having. I am looking at state like any other tournament I have wrestled in.”
-Alfredo Valquier (Nebraska City)

“I’m a little sad that I hadn’t felt this way about wrestling before senior year or been on a team like Millard South to start my high school career. I’m mostly just happy to have made it to state this year. Having the opportunity to wrestle this year especially on a team as friendly and skilled as Millard South has been great. I just want to finish the season right, that would be good enough for me.”
-Ian Byington (Millard South)

“I’m excited to enter my final state tournament and I’m hoping to go out with a bang. I’m escited to go compete at CHI Health Center one last time to capture my second state title. It’s crazy to think that my high school career is almost over and going out with a bang would be awesome.”
-Damen Pape (Hastings)

“It is a bitter sweet feeling. I’ve been super excited to go down there, but then it hits that it’ll be my last wrestling tournament and then I want it to not come so fast. So there are mixed emotions about it. The main one being that I’m not ready for my wrestling career to be over.”
-Jacob Peckham (Sidney)

“ohhh man it feels so surreal. It’s hard for me to think that this is the last tournament already. This season flew by. My feelings are I just want to make sure I just give it my all every match I have and leave everything on the mat, no regrets.”
-Brayden Splater (Norfolk)

“I have been working hard all year for the state tournament. Being a state champ has been the key motivator in the weight room and wrestling room. I’m excited to get after it and give it all I got.”
-Anthony DeAnda (Columbus)

“I’m going to treat this tournament like any other tournament. I’ve never been more focused and determined to compete again. I don’t even care really about winning, I’m thirsty for blood. So my feelings this state tournament is the urge to fight and break people.”
-Cody Niemiec (Papillion LaVista)

“I’m excited to show up and get another state title for myself and more importantly my family.”
-Nick Stoltenberg (Omaha Skutt)

“It’s honestly surreal. My friends and I have been wrestling for years now this is our final state tournament. In a way it’s bitter sweet because on one hand my high school career is coming to an end, but because of that, I get one last chance to wrestle for my school and take State home with my team.”
-Joey Orsi (Omaha Skutt)

“I’m really excited for it. It’s my last state tournament, so I’m going to make the most of it, compete hard, and try to propel the team to a title.”
-Maxx Mayfield (Lincoln East)

“I am really excited to go into the state tournament. It feels kind of like a dream, but it is also a good feeling too because it will be my last year going to state. I feel like I am as ready as I am going to be and feel like state will be a fun time like it always is. I feel ready for the show.”
-TJ Huber (Gretna)

“I am going to sell out and control what I can and let everything else play out.”
-Caleb Connor (Papillion LaVista South)

“I’m ready for all my hard work over three years to finally pay off and lay everything I have on the line as my last tournament of my career ends.”
-Stone Sindelar (Papillion LaVista south)

“Entering my last state tournament, I am excited and nervous. I know that whatever happens this weekend I will know that I wrestled my hardest and tried my best. I cant wait to wrestle one more weekend at the CHI Center.”
-Dylan Soule (High Plains)

“I am definitely nervous for this upcoming tournament but excited to see what I can do in front of everybody expecting a lot of great things from me. My thought is getting to the finals, winning the semifinals match and just making it to the last round.”
-Ethan Valencia (Millard West)

“I feel pretty confident going into state, because I have had a better season than my other years. I also feel focused because I know I will have tough competition on my way to earning a medal this year.”
-Noor Salat (Omaha Bryan)

“I am very excited. Last year was the first year I didn’t place at the state tournament, so this is sort of like a revenge year for me. I’m going to leave it all on the mat and go out with a bang!”
-Owen Lade (Battle Creek)

“Nothing else compares to the environment in Omaha. I’m thankful to get another chance to compete there. Wrestling means so much to me, and I’m pumped to be able to compete one more time with my coaches and my family, who have been there since the start. Being a senior, I have one bullet left, and I am looking to make It count.”
-Grant Lindsley (Shelby/Rising City)

“Stay humble and not overthink so much on competing and just wrestle. I feel overly blessed and honored to be able to compete in this state tournament. I can’t wait to wrestle and reach the podium!”
-Jaylon Walker (Omaha Bryan)

“It just feels really bitter-sweet. I feel confident in the way that I can perform down there, and I’m happy for the rest of my team that made it, but I really wish this didn’t have to be my last time competing in the state tournament. Mostly I’m just ready to get down there and take care of business while I’ve got the chance.”
-Corey Dawe (Burwell)

“I’m extremely excited to get to wrestle at state one last time. The atmosphere down there is a once in a lifetime experience and I’ll always remember.”
-Cole Stokebrand (Amherst)

” I think with the grind of the season and the amount of times I’ve done it, the state tournament doesn’t seem like it is that much more important this time around. I will still come at it the same as I have the last few years, but with higher goals than before. I really am thankful for the support from my school, that seems to increase every year, and makes me want to achieve my goals and our teams goals for more than myself because of it. I really have nothing to lose now and want to go out with the work I have put in hopefully paying off at the best time it can.”
-Collin Quandt (Northwest)

“I’m really excited for this state tournament for me but also my teammates. I think there’s a back to back state championship in our future.”
-Collin Gale (Plainview)

“It’s a very exciting feeling just like the first time headed down to the state tournament.”
-Gage Krolikowski (Valentine)

One thought on “Senior thoughts on their final State Tournaments”