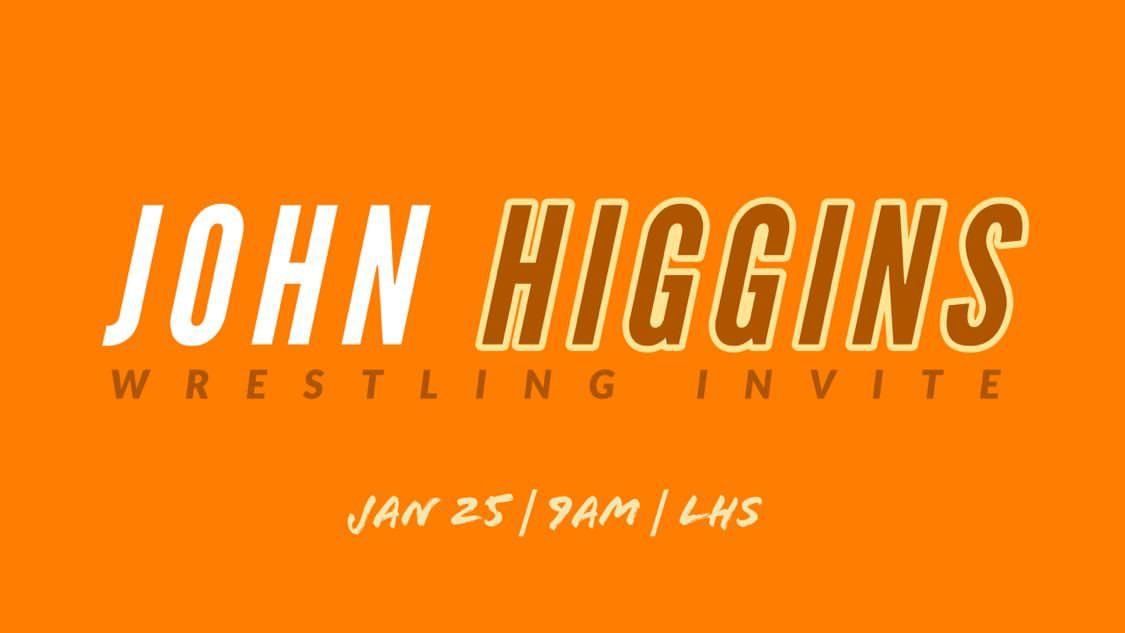 Thanks to Lexington Wrestling for the graphic!

Where Can You Find Them? – NEwrestle Team Rankings

The John Higgins Invite is always one of the premier tournaments of the season, and this year is no different.  This year’s tournament features eight ranked teams and 52 individually ranked wrestlers. On top of that, many of the weight classes will have an impact on the rankings, but more importantly could play a major part in district seedings.  Six teams in this tournament are from the B4 district.

106 – Wray brings in a #1 ranked wrestler in Breidenbach, who will be a wildcard in this loaded weight class.  Chavez makes the drop down to this weight to test himself against freshman stud Lauridsen. Lauridsen has looked the part of a state title favorite so far this season so it will be fun to see him against the defending champion.  Overlooking Obermiller by anyone would be a mistake, as he has the experience that could win a close 50/50 match.

113 – Brady Colling, another top ranked wrestler for Wray, will push the Nebraska kids.  Parrish is wrestling room partners with Lauridsen and could compete for the top spot here and in Omaha.  Kort, Munier, and McLaughlin are all very talented and could take home the title in this tournament.

120 – First chance for #1 and #2 to face off this season.  Ruff beat defending champion Garcia last week and Arnold has been tearing up the competition all season.  Potential for a great match-up here.

132 – One of the tougher weight classes in the tournament.  Diaz is back and hasn’t missed a beat since his return and is likely the top of this weight.  Reinke and Brown are tough, and we may see a rematch from a few weeks ago between these two.

182 – Brauer and Pape look headed for a match-up of #1s.  Brauer pulled off the upset last week against previous #1 in class A.  Pape is looking to keep a clean slate and run the table undefeated this season.  Pape does have a previous win over Brauer by fall.

Team – Hastings is looking to repeat as champions after finishing 17.5 points ahead of Lexington last year.  Hastings’ depth should put them in strong contention for the team title. The depth in this tournament is hard to understate with Class B ranked Beatrice, Bennington and Gering capable of making run at the team title. Class A Norfolk and North Platte should be in the top group as well. Wray, CO and Scott City, KS are also highly ranked in their respective states.

Another great tournament on tap for the weekend.  This one features three ranked teams and 38 ranked wrestlers, of which eight are ranked #1 at their respective weight class.  Millard South is the prohibitive favorite and should repeat as champs. Last year the Patriots defeated Blair by 52.5 points.

113 – Tons of impact on district seeding on tap here as Arends, McKee, and Bolling are all in the B3 district.  Obviously, Coyle is a major contender here as well and will likely be the top seed.

138 – Five ranked wrestlers in this weight class.  Antoniak looks to be on another level as compared to the rest and should come out on top.  However, the rest of the podium spots will be fun to watch.

152 – Six ranked wrestlers highlight this weight.  Robertson has looked good this year and will likely take the title here.  As with 138, the rest of the spots will be up for grabs with some very good competition lining up.

220 – Wrestling fans will likely be lined up again to watch the rematch between Trumble and Griess, two nationally ranked wrestlers.  Trumble made short work of Griess in their first match-up. Hopefully this one will live up to the billing.

Other weekend tournaments featuring Class B teams, you can view the previews for ALL of these tournaments in our CLASS C PREVIEW HERE: