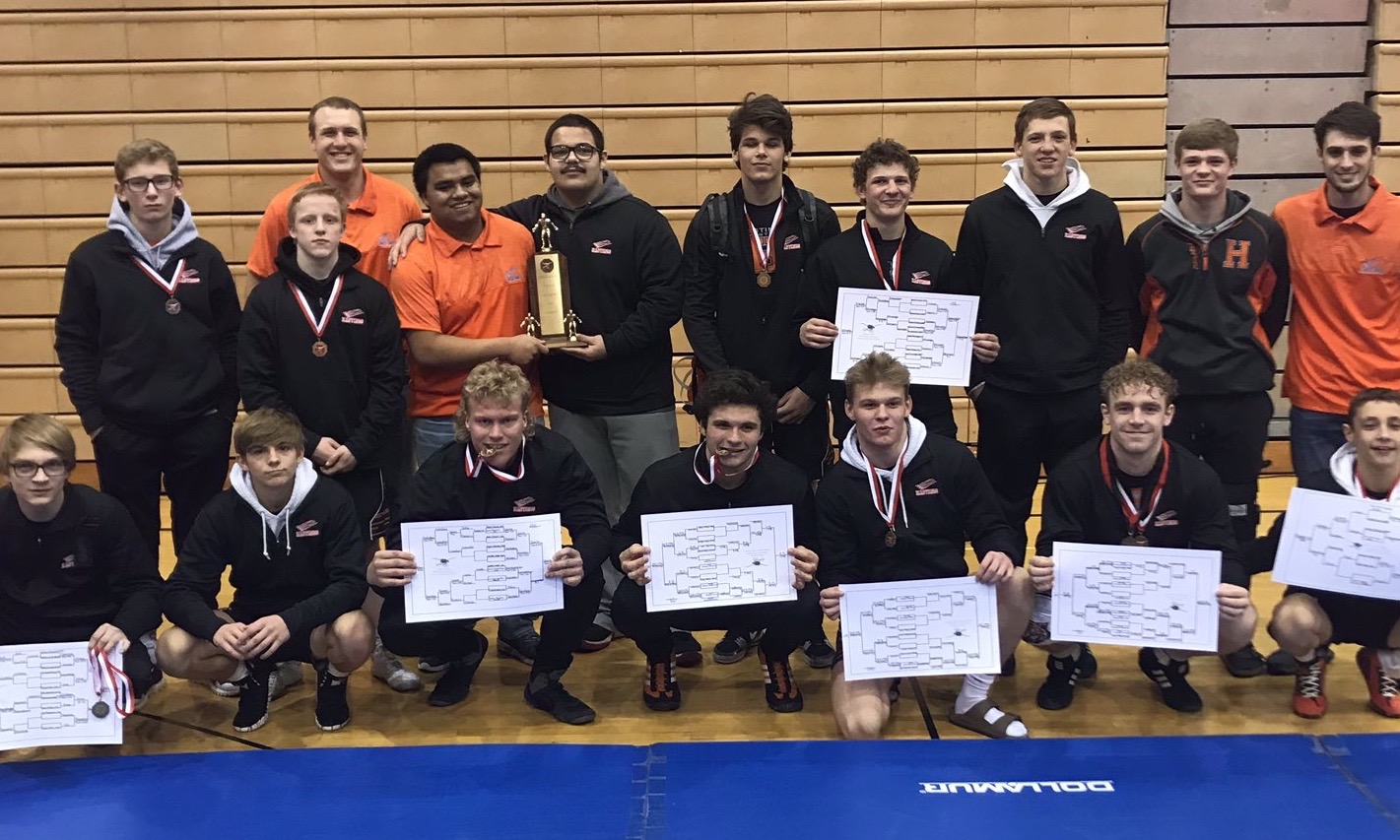 Many of the top programs in Class A attended the Flatwater Fracas in Grand Island. We saw Millard South take home the title over a tough final grouping of Lincoln East, Columbus, Kearney, and Grand Island. Norfolk and Omaha Burke didn’t make the championship bracket at Fracas but still have strung together some tough wins. Papillion LaVista South has wrestled one of the tougher schedules this year and continues to be a tough and gritty team. Millard North and North Platte did not attend Fracas, but have been off to a hot start this season. Other contenders include Omaha Bryan (10-3) and Papillion-LaVista.

Hastings is coming off a 7th place finish at the Flatwater Fracas with their only losses coming to Lincoln East and Great Bend, KS.  They are likely the most complete team from top to bottom and once Brumbaugh is back off injury they will become an even stronger dual team.  Omaha Skutt is still considered a strong contender based on the strength of their top end wrestlers. If Lazure can get back in the line-up and is healthy they can go toe-to-toe with many teams.  They may struggle to make the state duals based on the early season loss to Nebraska City coupled with the fact that they don’t have many duals in their schedule. Blair, Bennington and Beatrice all had strong showings at the Fracas as well. Due to the tough competition there, Blair and Beatrice will need to pick up some more quality wins to get into the top 8 for the state duals. Spots #6 thru #10 are really a toss-up based on the early season results and level of competition each has faced. Look for many of these spots to shift as we get deeper into the season. Top contenders looking in from the outside – Lakeview, Seward, Platteview and Lexington.

Not much separates the top four teams in Class C from a dual perspective. Valentine gets the nod based on their depth in the lower weights. They have some very talented second string wrestlers that will give them some flexibility in making adjustments for duals. The top three teams all have questions marks entering the second half of the season. Will David City drop Harris or Barlean to 132? Will 2x qualifier Valencia be in the lineup for Logan View? What is Gunnar Battershaw’s status for Valentine? Aquinas sitting in fourth could very well leap to the top if the other teams aren’t at full strength. After the top four, a full strength Broken Bow could play a factor. They have some question marks as well with Faulkenberry at 126 and Powers at 195. Amherst hasn’t had a dual yet this season, but kick off their season against Kearney on January 2nd. If they wrestle Potts at 220 and Taubenheim at 285 they become a very formidable dual team. If Conestoga can get Williams or Hardesty down to 106 they’ll continue to climb up the ladder as they have all year. Raymond Central’s only losses are to teams from higher classes. They beat Conestoga on criteria earlier this year. Milford sits third in wildcard points and will dual David City this week. Ord rounds out the top ten and hosts a dual tournament this weekend that brings in Conestoga and Bridgeport among some top-tier class B schools. Early January has a lot of big time dual matchups coming, so that should help paint a clearer picture going forward. Dual Rankings Contenders: Bridgeport (6-0), Battle Creek (8-0), Wilber-Clatonia (8-1)

Not many teams in Class D will be able to run with the quality and depth of Plainview’s lineup in a dual. Neligh-Oakdale, Burwell, Maxwell, Thayer Central, and Mullen make up 2-6 in the rankings because they have good numbers that give them an edge against many other Class D schools with several open weights. Twin Loup lost a narrow 38-37 dual to Mullen to come in one spot behind them in the rankings. Winside defeated Pender 36-18 earlier this year, but both teams would struggle against many of the teams ahead of them giving up a lot of points at open weights. Arapahoe comes in at #10 losing two duals in the opening weekend of the season to Class D foe Cambridge and Class C opponent Loomis/Bertrand. Had those duals happened later in the season Arapahoe probably wins both duals as they weren’t at full strength when those duals took place week one. One team that is not currently in the rankings that is ranked #3 in the individual rankings is Howells-Dodge. Howells Dodge is Currently 2-3 duals and lost to Pender 36-42 earlier this season. It appears their lineup may not currently be at full strength yet so that is a team to keep an eye on moving forward.