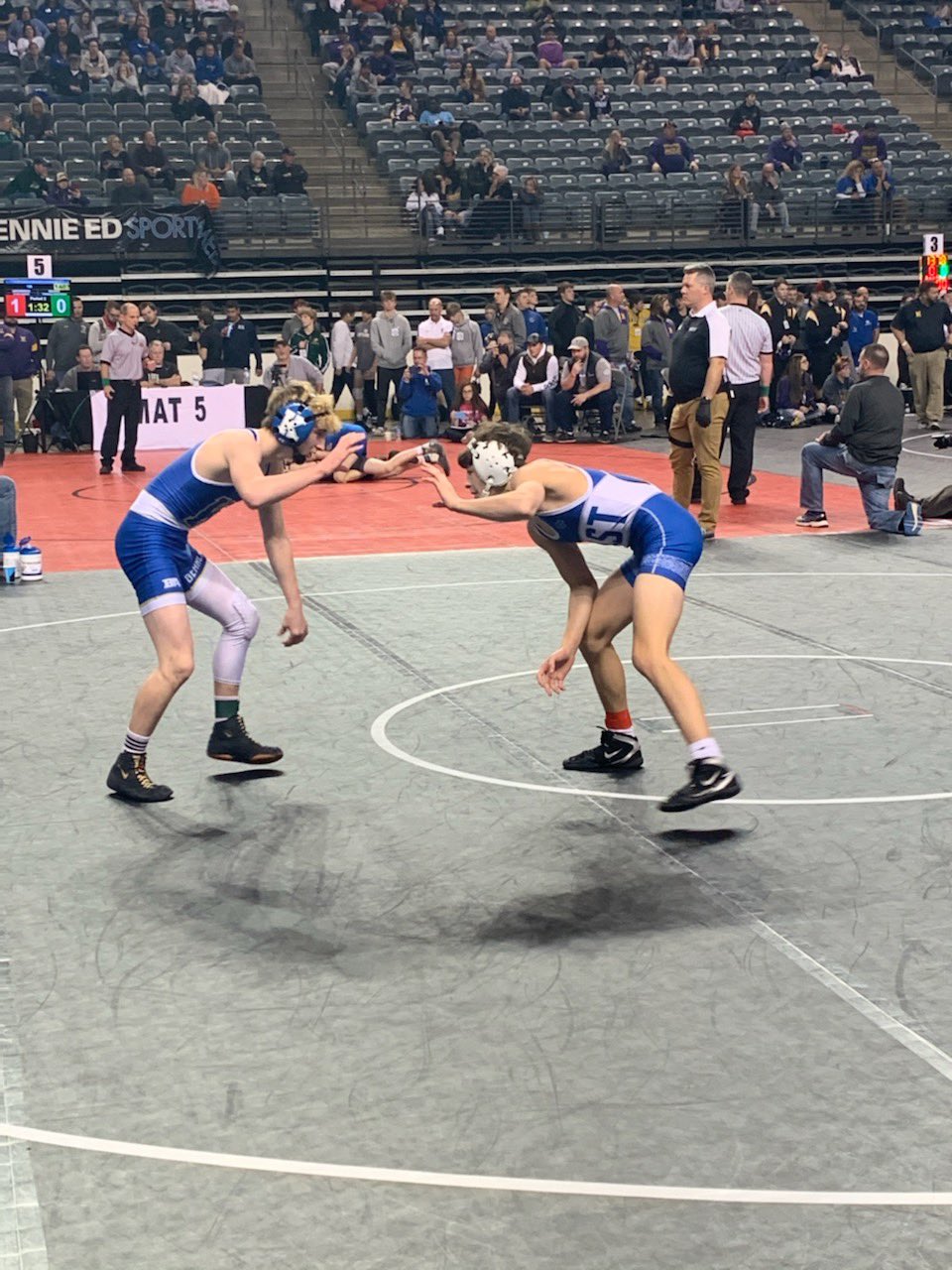 Brandon Baustert and Archer Heelan have battled back and forth a number of time already in their young careers, could we see it again this weekend?

Millard South proved their dominance with a runner up finish at the the Council Bluffs Classic. Papillion LaVista South had a strong performance at the Riverside Invite in Riverside, Iowa. It boosted them up to a fifth place ranking this week. Lineups are beginning to fill out as guys get down to weight. This weekend should be a good preview for whats to come as we start to head toward conference, district, and the state tournaments. Many of the Class A schools will be attending the Flatwater Fracas at Pinnacle Bank Expo Center in Grand Island.

NEWrestle Top Ten Teams – Where can you find them?

This is the highlight match of the weekend and perhaps the season (although they could meet again later in the season). Trumble is coming off a CB Classic title, where he defeated the fourth ranked wrestler in the country by fall. Griess coming off a fifth place finish at the Ironman Classic. He defeated three wrestlers ranked in the top 25 nationally. As a result, both wrestlers find themselves ranked in the top ten in the NATION. Millard South and Northwest will be the final dual of Fridays pool matchups.

Grice and Arnold both put together big summers. Grice was a Fargo All-American and Monster Match Champion. Arnold finished top 5 at Fall Brawl and Preseason Nationals. Arnold has split two matches with Class A #2 Emilio Haynes. Grice is off to a hot start himself. He is undefeated and looking to defend his Class A title from a season ago.

Zegers and Price are both off to solid starts to their seasons. Both were state medalists a year ago. Zegers finished 6th at 160 while Price finished runner up at 152. Price finished third last week at CB Classic. Zegers was runner-up at the Beau Haizlip Invite.

Keith Smith made his season debut last week in a win against Gretna. He followed that up with a runner-up finish at the CB Classic. Durden has been as hot as they come. Neither wrestler has lost a match to a wrestler from the state of Nebraska.

Oklahoma State recruit Burks has dominated his competition so far this year. Cushing wrestled tough and earned his way to a fourth place finish at the CB Classic last weekend. With Grand Island and Burke will be in the same district, this likely won’t be the only match between the two this year and it could also be a state finals preview.

Should East, South, and Kearney win their pools they will find themselves in the championship pool on Saturday. These three had great battles last year and this year looks to be more of the same. They have separated themselves from the rest of the class. Baustert beat Coyle and Heelan last weekend at the CB Classic. Coyle and Baustert beat Heelan at state last year. Heelan beat Baustert in the East/Kearney dual last January. Baustert and Heelan are both only Sophomores and have been and will be a great battle through their high school careers.

The majority of Class A will be at the Flatwater Fracas in Grand Island, Here is where you can find the teams not attending.

Off until January-Elkhorn, Creighton Prep,