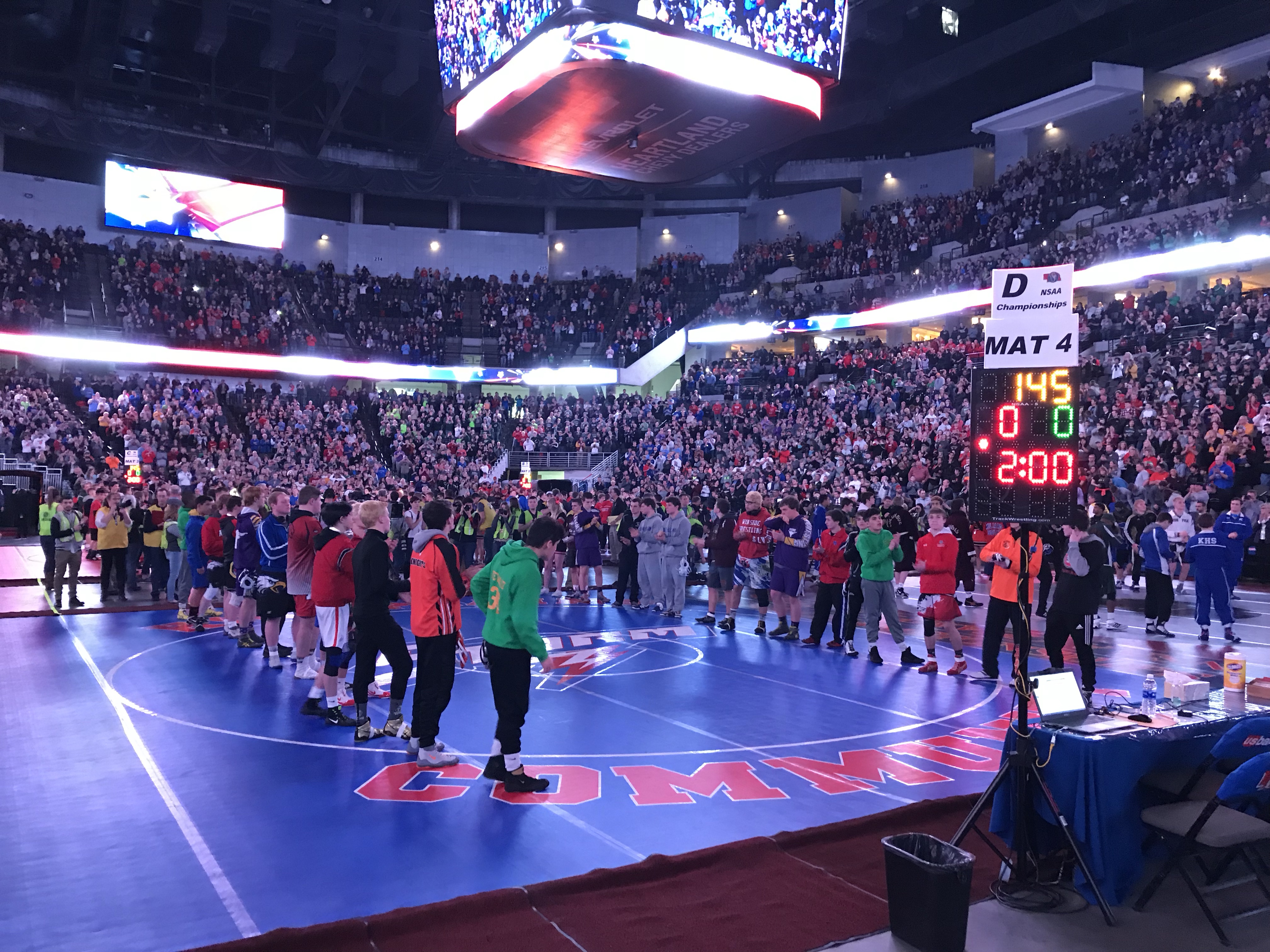 This match jumps out as one to watch for more than one reason. Lanham will be
looking to start the tournament with a bang for Plainview, as they look to capture the individual tournament title. This match is also interesting, because of the fact that the loser looks to actually be in a pretty good spot to wrestle his way back in for a medal.

A couple matches at this weight should be interesting on Thursday morning. This match is interesting because it could be a huge match for the Class D team race. Also, the winner puts himself in a good spot to win a state medal while the loser will have a tough road through the backside.

There really isn’t one match in the first round at this weight you should pick to
watch. If you’re in Omaha. you’re going to want to pay attention every time Class D 120
pounders take the mat. This weight is going to be fun all weekend, as its as deep and wide open as you will find at the state tournament. This matchup between freshman Wells and returning state medalist Smith should be a fun one to watch early on.

Gideon is coming off a district championship where he wrestled extremely well. Escalante ended up 4th in a very tough d2 district bracket. Escalante won this match two weeks ago in Kearney.

Look for these two solid wrestlers to put everything on the line here. This match could
be the difference between making a state finals appearance and leaving without a medal.

This match should be interesting, as two ranked wrestlers clash in the first round. The
winner here could very likely win the next match as well, and find themselves in the state semi finals.

Cooper Coons is really 10-0 on the season. He injury defaulted in the district semis after
splitting his head open, as he needed to get stitches between the semis and consolation
semis. He then medical forfeited to 4th after qualifying. He also has missed significant time the past two seasons with a back injury. Riggs is dangerous and has a high-flying offense at his disposal. Fireworks could happen in the blink of an eye here.

Big match here as the backside looks like a tough road for the loser. The winner gives
himself a pretty decent shot at a state medal.

Mejia beat Slaymaker earlier this year 11-2. Mejia will be looking for bonus points here
again to give his team a boost in the team race.

Arehart was at 182 pretty much all year long leading up to districts. The unknown factor
makes this one a match to watch on Thursday morning.

Tough draw here for the district champion Running Hawk. Snider came out of a tough
district and will be look to pull a mini upset.

These two have split matches this season. If Amherst wants to be a player in the team race, Bogard has to win this match. If he could, he’s right in the hunt to make the state finals from the bottom side of this bracket.

The unknown factor makes this match interesting. Like most Maxwell wrestlers, Howitt is dangerous and could end this match in a hurry.

One thought on “2019 Class D State Tournament: First Round Must Watch Matches”