Class B Week One Preview 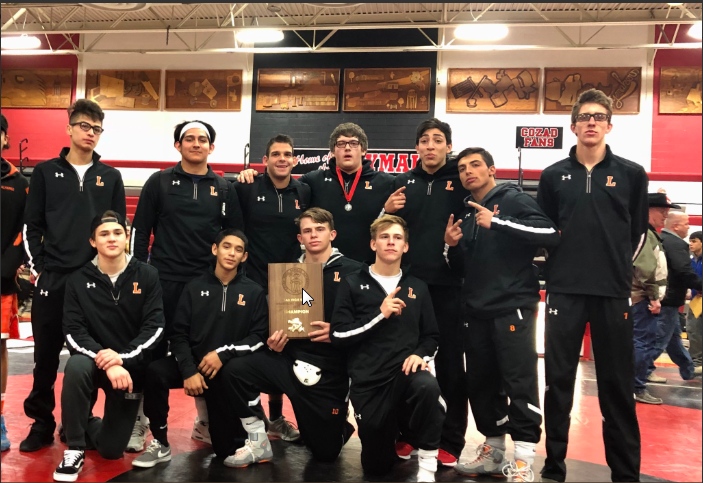 The 2018-19 season is finally upon us! Coming off another state championship and dual championship, Omaha Skutt Catholic continued their Class B dominance during the 2017-18 season. However, several newcomers to the scene made for a season that Class B hadn’t seen in a while. Strong performances from teams like Northwest, Wahoo, Scottsbluff, and Hastings made for a very exciting season.

The 2018-19 season has all the makings of another great season with very competitive team races and strong individual match-ups throughout. It’s no secret that Omaha Skutt Catholic has the firepower to push for their 21st title in the last 22 years. Action for the 2018-19 season begins on Thursday with several duals, and Friday and Saturday the tournaments begin.

Many wrestlers are still on their way down to weight or recovering from fall sports injuries, but there should be some great duals and tournaments to keep an eye on to start the season. Here’s a look at some of the highlights in Class B this first week of the season.

The duals/triangulars slated for Thursday do not feature match-ups between ranked teams. However, there are some potential match-ups between ranked wrestlers that are worth paying attention to.
Class B Ranked Wrestlers:
106 – #2 Caden Svoboda (Aurora) vs. #4 Grady Arends (Northwest)
113 – #2 Dyson Kunz (Central City) vs. #4 Tristen Obermiller (Adams Central)
145 – #3 Connor Drahota (Skutt) vs. #5 Jordan Moyer (NE City)
152 – #2 Harrison Gocke (York) vs. #5 Carson Core (Seward)

What to Watch:
The Blair Invite is a good mix of Class A, B and C teams and features three ranked teams. Weights to watch based on preseason rankings are 120 and 170, as they both feature three ranked wrestlers. Blair, led by state champion Jackson Nielsen, is looking to improve on their solid finish last season and take the next step in contending for the Class B title.

What to Watch:
The Lakeview Invite brings together teams from three different classes and features three ranked teams. Host Columbus Lakeview looks to get off to a strong start and is a team that looks to be a real force in the 2018-19 season with their seven returning state qualifiers. David City joins the tournament this
year and will battle Lakeview for the top spot. The 152, 160, 170 and 182 weight classes should provide the most intrigue on the day as they all have multiple ranked wrestlers.

120 – Paul Ruff (Alliance) makes the jump up two weight classes and he will test himself against some solid competition. Senior Jace Russman (Cozad) is back at 120 and should give Ruff a quality match. Also, don’t sleep on Carson Richards (McCook) and Jacob Peckham (Sidney) at this weight.

138 – Trey Arellano (Sidney) begins his senior campaign on his quest for his third state title. On Saturday, he will be tested by two tough sophomores in Asa Johnson (Alliance) and Trevor Kluck (Aurora).

145 – Should the bracketing work out, #1 Brody Raines (Sidney) and #2 Trystan Berry (Lexington) could be on a collision course in the finals. Both Raines and Berry have emerged on the scene within the last year.

220 – This weight features four ranked wrestlers, all of which could win this tournament. Bailey Hood (Alliance) is the most experienced of the group, but it should be an interesting battle to see who ends up as the champion.

What to Watch:
This year’s York tournament has been changed to a dual tournament, which may mean that some matches between ranked wrestlers don’t pan out. Omaha Burke joins this tournament and will immediately make a big splash coming off a state football championship. They look to start the season off on a solid note and prove they belong at the top of the Class A rankings. Jakason and James Burks will lead the team along with Dillyn Miller, Dylan Sales, Kevin Castle and transfer Nate Rubino. Northwest returns three state runner-ups in Collin Quandt, Grady Griess, and Cooper Kiser. Throw in two other returning state qualifiers along with some younger guys on their roster and they look to be a strong contender in Class B. Central City makes the jump back to class B with five returners including runner-up Dyson Kunz and champion Koby Brandenburg. The Bison also have some quality young talent that could make an immediate impact. Both Schuyler and York return numerous state qualifiers and will make this a solid tournament.

In the first round, all eyes will be on #1 Jesus Maganda (Schuyler) vs. #2 Cooper Kiser (Northwest) as both look to set the tone for season. These two will likely see each other several times this year, as they are both in same conference and district.

One thought on “Class B Week One Preview”